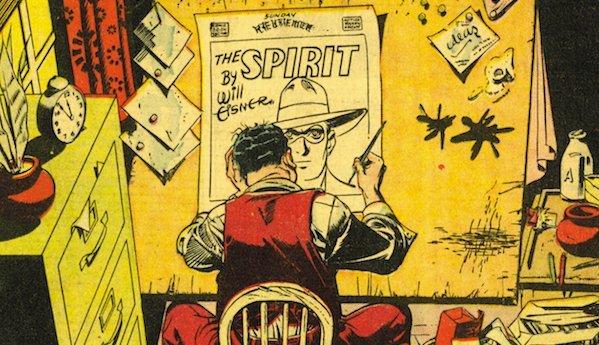 We who love the comic book industry have our favorite writers, artists and even inkers. It is true. For the artists though we need to recognize some of the ones from our past that have greatly influenced those we know and love today. Some are still active in the industry and some have long been gone, but obviously not forgotten.
Here are some artists, in no particular order, that I fell we should all recognize. 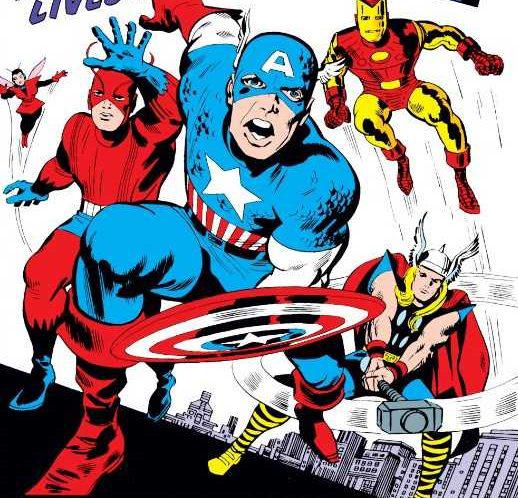 Simply put, no artist had more of an influence on American comics than Jack Kirby. He was a restless self-improver who created an art style that was very distinctive and a huge influence on the rest of the industry. He produced exciting fight-staging, efficient storytelling and cosmic story telling. Every comic artist for decades was defined by the lessons they learned from the man called “The King Of Comics.” Constantly pushing himself further Kirby’s value to the medium is incalculable. The modern comics industry simply wouldn’t be the same without him. 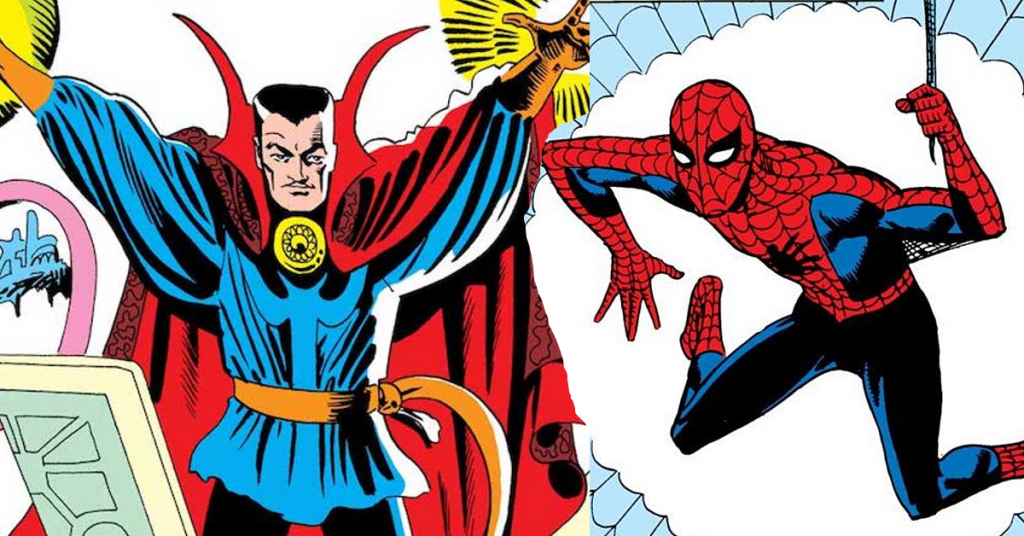 Steve Ditko created a hero whose civilian life was as compelling as his crime fighting. In addition to designing the famous red-and-blue Spidey suit that debuted in 1962’s Amazing Fantasy #15, Ditko created a world around Spider-Man as a recognizable version of New York. He also worked the mystical end of the spectrum on Dr. Strange, creating characters like Eternity. Although he left Marvel, without anyone really knowing why, it is assumed a dispute over the profits from his creations is a pretty good guess. 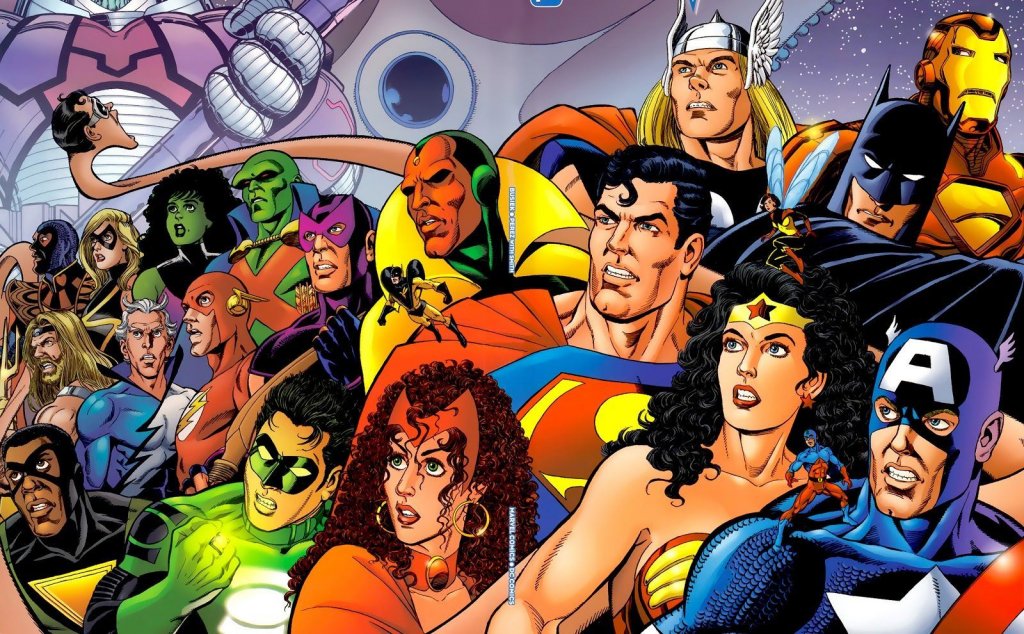 No one did more to define their look and style than George Pérez. A star at 26, he accepted an offer from DC to work with Marv Wolfman on The New Teen Titans, and from there, they paired for the first big “event” comic, Crisis On Infinite Earths. With those books Perez’s name shot to the sky: An indepth world, with great detail, crazy tech and massive muscles,—but with great attention to inking and detail lines, and, of course, the massive group shots. He was so technically flawless but did have issues with everyone carrying around the same face. But Pérez did more than anyone to formalize what modern superheroes were “supposed” to look like. 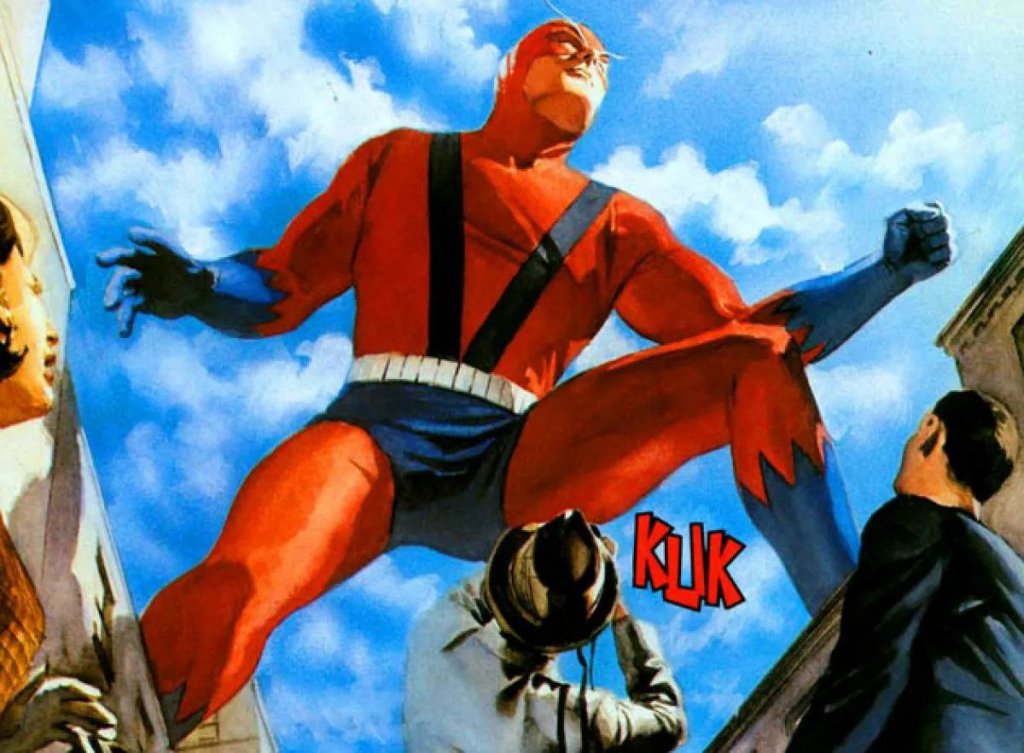 Alex Ross became a superstar artist at a time when many thought that concept was a thing of the past. His style is instantly recognizable. Photorealistic drawing finished with painted colors and iconic poses. Ross has been less than perfection though, his fans often champion. People say that his art style,  placement and celebrity faces take away from his creation. Some of his best work are donw on covers (JSA, Immortal Hulk etc). You cannot take away his ability to bring to life what we all wanted as a kid though. He makes the characters you enjoy reading about more realistic. A living legend for sure 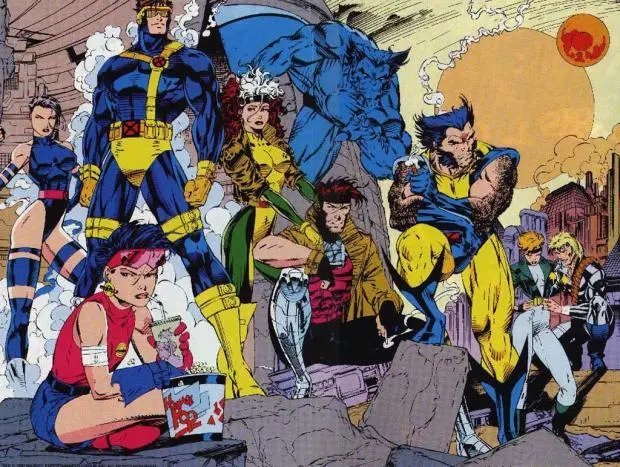 Possibly the best artists who came to prominence in the 1990s. His visual style is immediately recognizable, with exaggerated muscle structure, keenly detailed costumes, and a thick. Over the years, Lee has improved with age and is capable of reining in his worst tendencies when he wants to, his success led to the appearance of dozens of biters who sharked his style and rifled through his catalog for tricks and tips. Lacking their inspiration’s patience and talent, they possess only his surface qualities of busyness, thickness, and roughness of line, and texture at the expense of composition. Lee isn’t not responsible for these bad imitators, but he has to swim in the same pool with them. 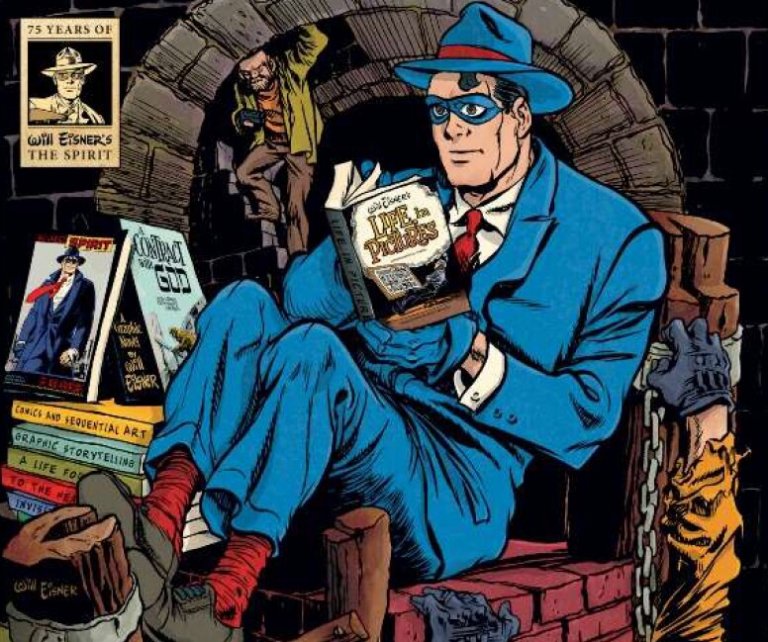 Look at almost any innovation in the first 75 years of American comic-book history, and odds are that Will Eisner got there first. He was an early advocate of creators’ rights, and a canny businessman who turned his character The Spirit into a big moneymaker, with no backing from the big companies or distributors. The Spirit was published as a full-sized comic included in Sunday newspapers, which hasn’t been successfully tried before or since, and his habit of incorporating a comic’s cover art with its logo is now commonplace, but was nearly unheard of when he started doing it. He wrote what some (himself included) believe to be the first graphic novel, pioneered the kind of personal storytelling that later fueled the indie revolution, and was one of the first people to teach comic art in an academic context. Eisner was beyond a pioneer, and it’s quite apt that the biggest annual award for cartooning is named for him.

Neal Adams’ comics career began to attract attention in the late ’60s with his classic work on DC’s Deadman. Adams was the right artist at the right time, infusing shadows and heft into superhero titles like X-Men and especially Batman. Some of Adams’ most famous work remains a Dennis O’Neil-penned run on Green Lantern/Green Arrow from the early ’70s. Adams helped make even brightly colored superhero comics look a little more like the darker corners of the world at large. 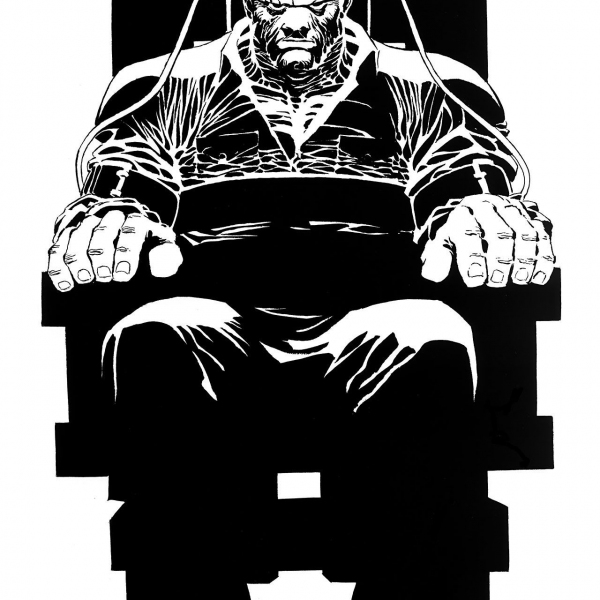 He started his career in 1970 by creating art for The Twilight Zone, a comic series based on a television show. As an artist for Marvel Comics, he drew the comic Daredevil, which was a huge success. Miller then went on to create a book of his own called Ronin which was published by DC Comics in the mid-eighties. His most famous work is Batman. His work on The Dark Knight Returns and The Dark Knight Strikes Again increased his popularity in the comic art world. Frank Miller was not only a comic book artist but also a writer who wrote the screenplay for movies such as Robocop 2 and Robocop3. 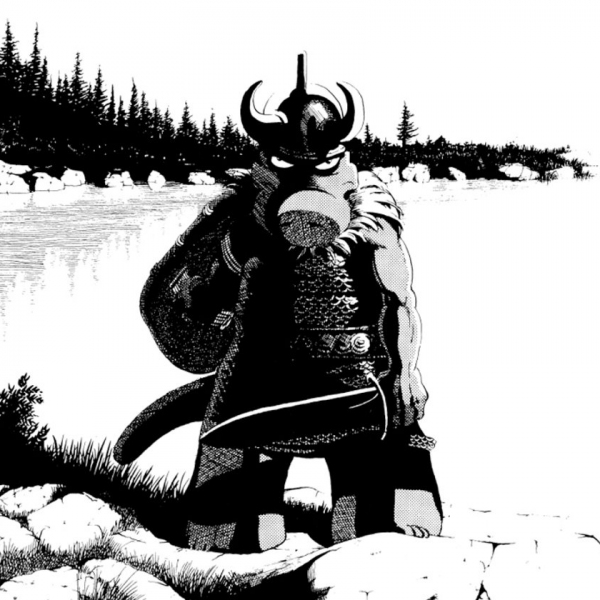 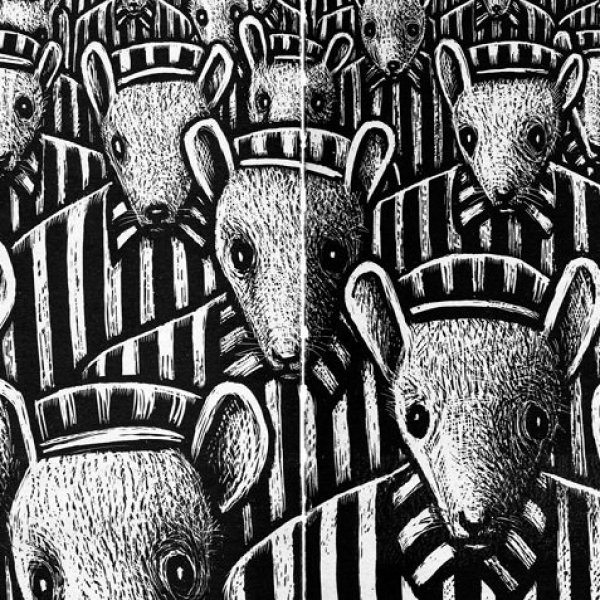 This American artist talked about then Holocaust narratives of this family through his graphic novel  Maus I: A Survivor’s Tale: My Father Bleeds History and Maus II: A Survivor’s Tale: And Here My Troubles Began, which examines the lives of his parents. In this novel Maus, the Jews are depicted as mice and Nazis as cats. Maus was a huge success that it earned Spiegelman Pulitzer Prize. Together with his wife,  Spiegelman came up with Raw Magazine which depicted a new and unusual graphic story. Prior to Raw, Spiegelman also published a magazine called Arcade especially for underground comic artists. 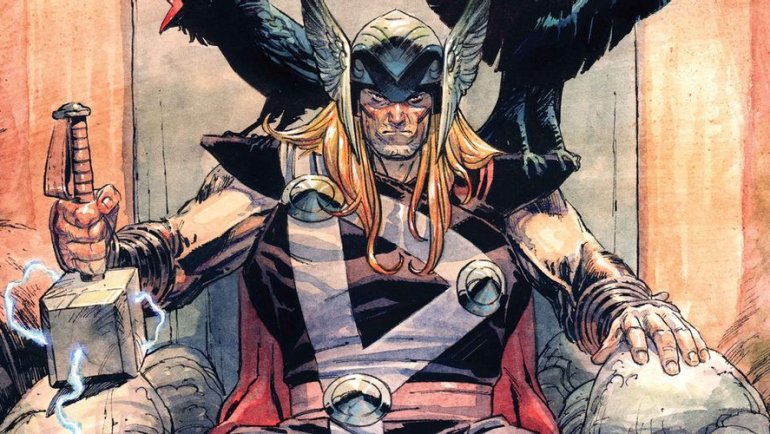 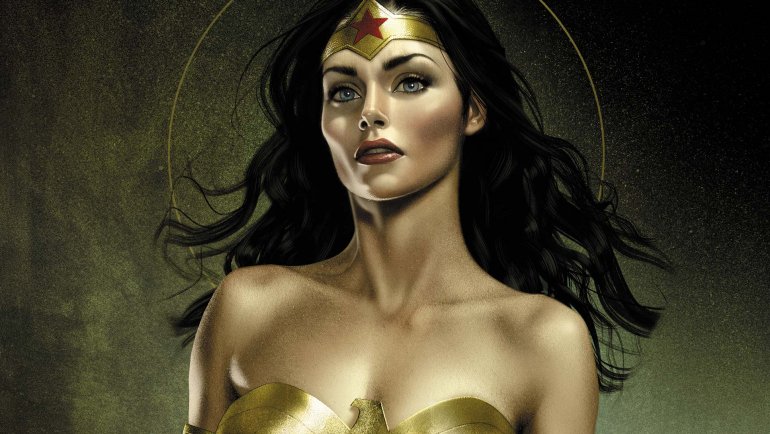