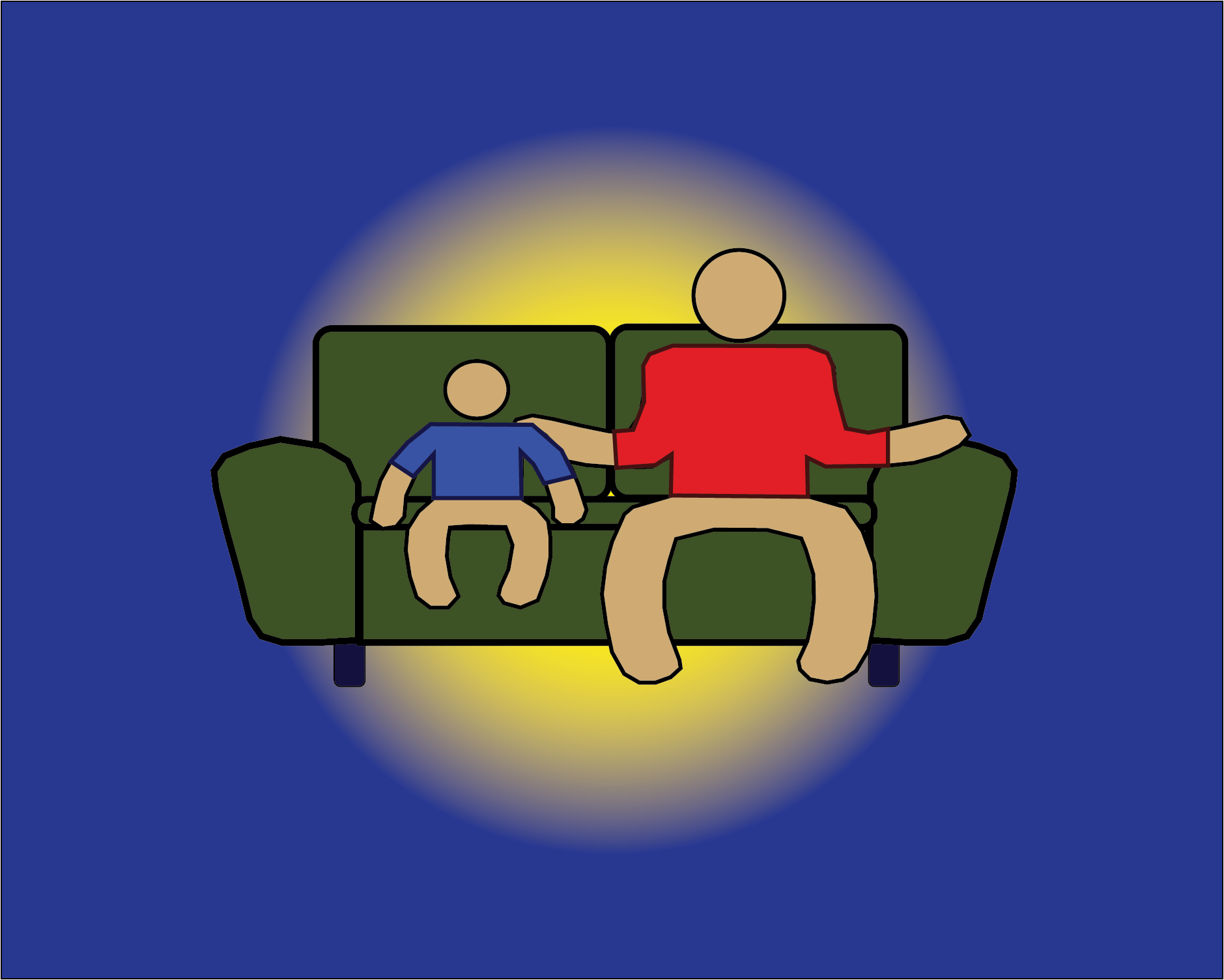 Pains Of Being A Sports Fan

AND WHY WE GIVE IT TO OUR KIDS

Sports. If you are a sport’s dad, you know the highs and lows of being a fan. Just ask ANY Cubs fan. 108 yeas! Fans have lived and died Cubs fans never seeing a World Series…not only that, but they passed the love of their team to their children. Who may have also lived and died never seeing a championship. Those are the rules though. If your parents loved the team your kids have to love the team, right? Misery Loves Company

Give It To Your Kids

I am all about letting my kids make their own choices for a lot of things. Hey, go right ahead and eat that donut over the broccoli every once and a while. You want that toy over there that has a huge gun, sure no problem. But, in my head, when it comes to sport’s I want you to be part of my selected Teams for each sport. I do not know why, but I want my children to feel the same pain I have over the years. All the heartbreak and joy. Maybe because, for me, it will be nice to share those moments with them. Or maybe they will choose my teams rivals, like I did with my grandfather. He was a Canadiens fan, me, obviously a Leaf’s fan. It always made for great games, that’s for sure. 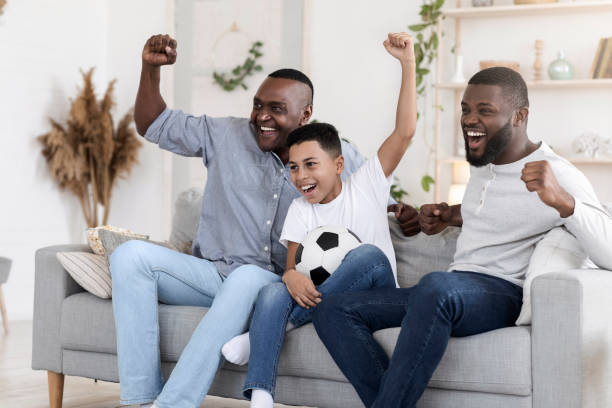 There has to be some deeper psychological reasoning behind why we want our children to be on the same team as us when it comes to cheering. Again, it can be fantastic to share those memories and incredible sports moments years down the line. Imagine being a Buffalo Bills fan in the 90’s. “Hey Dad remembers that time I watched you cry 4 years in a row watching your Bills lose in the Superbowl” …. Aww, shared memories. Or being a Bronco’s fan in ‘98 and ’99. Finally watching the Broncos and Elway win one! I remember watching those games and being so excited! Now, I am a Leaf’s fan. An original Six team in the NHL, haven’t won a Stanley Cup since ’67…. haven’t been out of the first round of the playoffs in FOREVER. Pure heartbreak for the past 5 years too. So why do we do it, and more importantly, why do I want my kids to be Leaf’s fans too? Shared memories, a shoulder to cry on maybe too. Mostly I would love to share the experience of complete and utter joy watching the Leaf’s win a Stanley Cup. I think that would be amazing.

The Odds Of Winning

That being said. What are the odds of your team winning a Championship? They are not good. I mean, I have watched teams “buy” their way to a Championship, *cough cough* Yankees. I have also seen improbable teams go sooooo far and win it all New York Giants in ’07. I mean, sports can provide so much magic. Fantastic moments forever capture in your mind. Where you were, who you were with and how important it was to share that with people in the same emotional state as you. I really hope one day me, and the kids can share a hoisted Stanley Cup in Toronto, or even another World Series with the Blue Jays, but like mentioned before. It wasn’t until 2016, a 108-year drought, that Cubs fans got to experience such a short, amazing moment. But I bet you every single fan of that team, watched what was probably the best World Series I have seen, knew exactly where they were, who they were with and probably how hammered they were for the rest of their lives. Sports are great. The bounding is better. And the shared experiences are the best. I do hope me, and the kids get that chance one day. 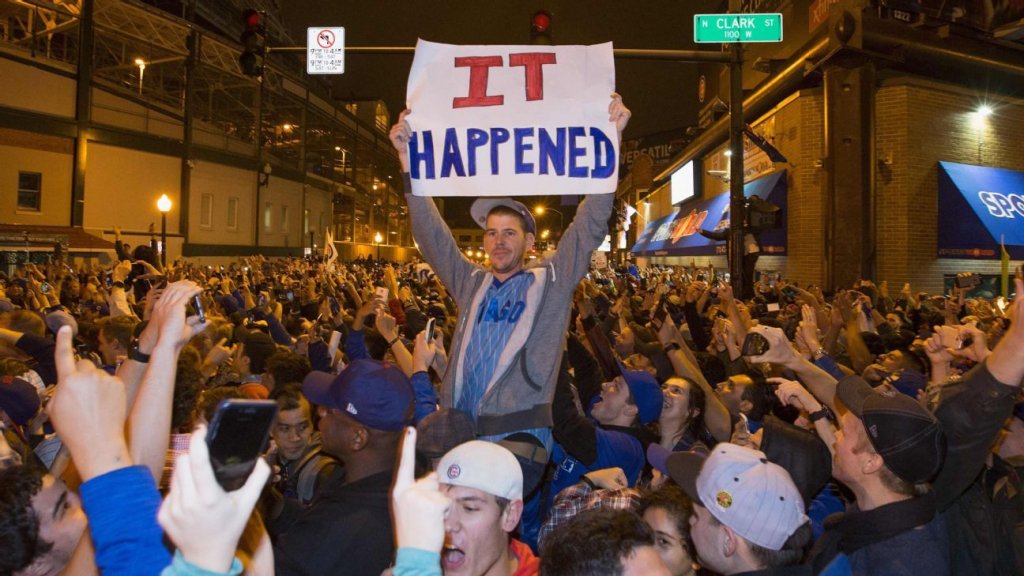 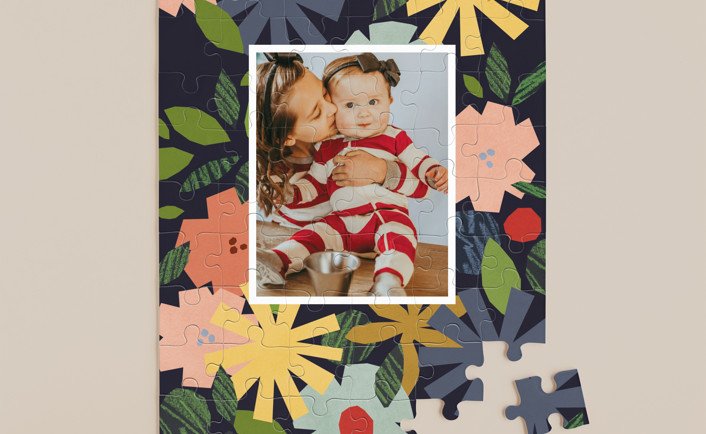 AAAAAND CHRISTMAS IS VERY NEAR! 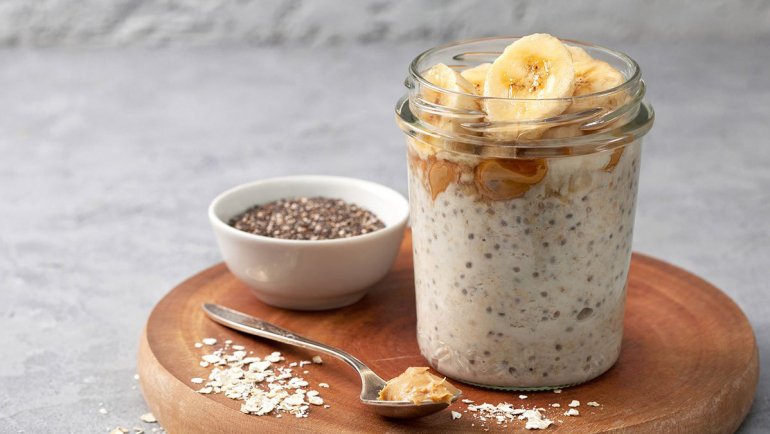